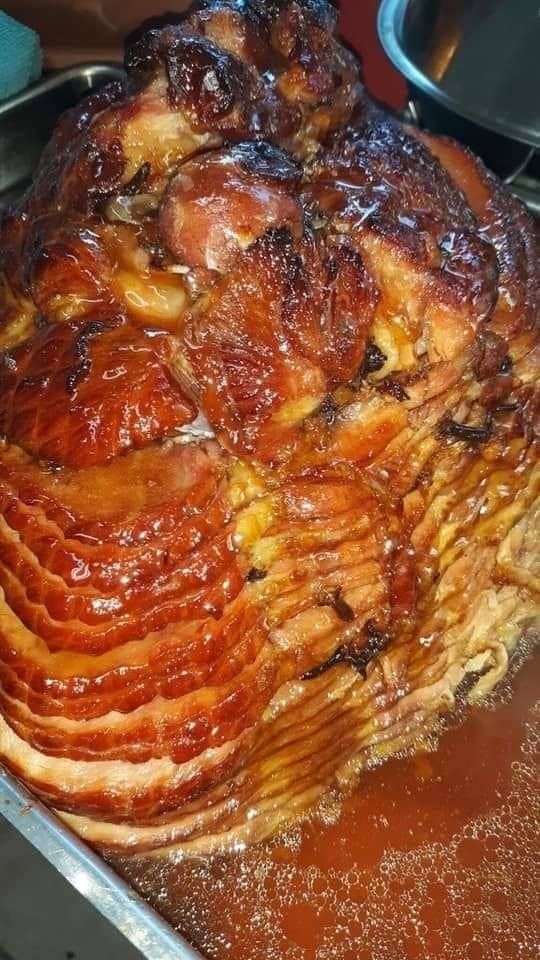 – I used the glaze recipe on a spiral sliced ham from Costco. I added a pinch of Cloves to the recipe. The ham was amazing. Will never pay the $$$ for a Honey Baked Ham again. The taste was so close to the expensive Honey Baked ham. I baked the ham according the the directions, and 45 minutes prior to ham finishing, I put the glaze on and removed the foil. The last 10 minutes of baking I increased the oven temp from 275 to 425 to let the glaze form a crust on the ham. It was amazing.

– Your recipes looks delicious and I do that sometimes. I got a 8 lb spiral sliced ham that is pre-cooked. However I had to put in the freeze cause I only go shopping 2 times a months and my son drives me. Did the shopping a week ago and put it in freeze. How soon should I thaw it before Easter.

Directions
1. Trim fat and score in a diamond pattern. This looks nice but also allows the fat to render while cooking. Bake at 325 for 20 minutes per pound until internal temperature is 160.
2. Meanwhile mix mustard, brown sugar, honey and cinnamon together.
3. During the last 45 minutes of cooking spread glaze over ham.
4. Slice into thin slices.
Last Step: Don’t forget to share!