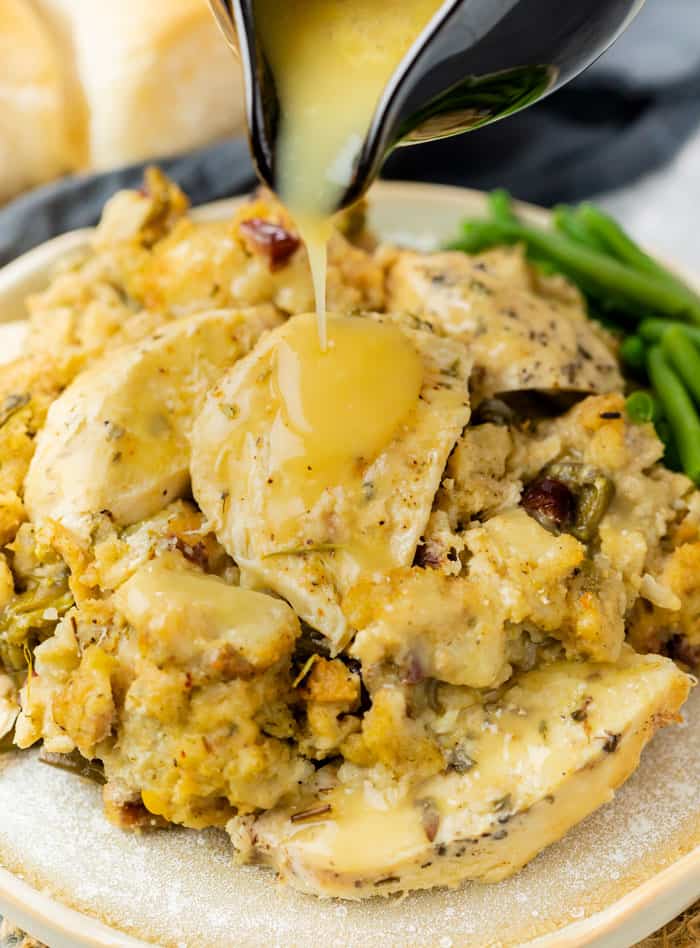 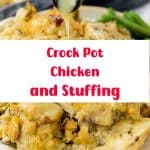 This Chicken and Stuffing recipe can be made in the Crock Pot or the Instant Pot. Serve it casserole style or with gravy and mashed potatoes!