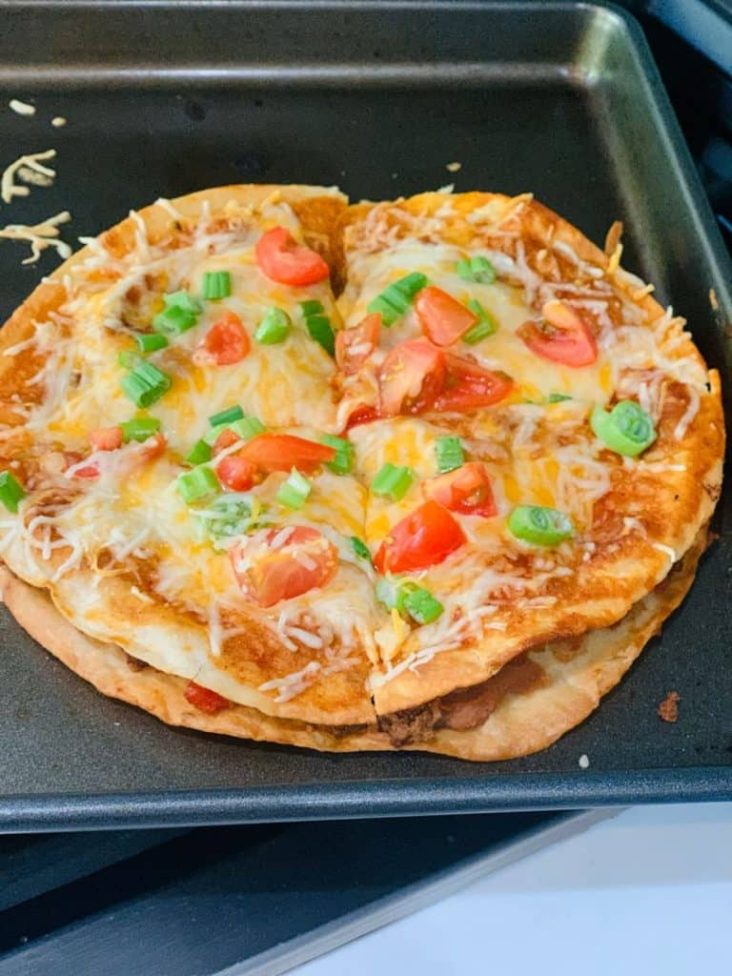 Brown the ground beef in a large skillet on medium heat. Break it up during cooking. After the meat is cooked, drain any excess grease and add 1 cup of water to the skillet.

Bring to boil. Reduce heat and simmer until liquid is almost gone.

Heat 2 tablespoons vegetable oil in a separate skillet on medium heat. Flip tortillas as you go, until they are crispy and golden brown. This should take between 3-4 minutes. You can add more oil if necessary and leave the browned tortillas alone.

Refried beans can be heated in the microwave or on the stovetop to make them more spreadable. Spread the refried beans onto 4 tortillas and then add ground beef.

Cover the remaining tortillas with a layer of cheese, and then top each one off with 2 tablespoons of enchilada. Sprinkle 1/2 cup cheese on top

Bake for 8-10 minutes on a baking sheet.

Serve with green onions and tomatoes.